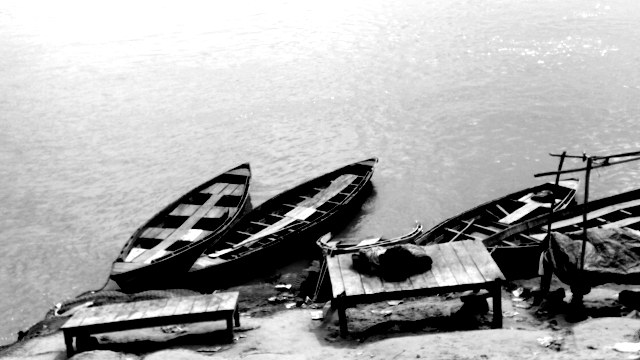 After the news of Chennai’s worst water crisis this summer became headlines in Indian mainstream media, the issue of India’s water crisis got some spotlight, though not as adequately as it would require. India is going to face a severe water crisis in the next decade and it will have a disastrous impact on society and the economy. This imminent catastrophe isn’t a sudden phenomenon, rather, for years India’s water bodies have signalled the forthcoming disaster, yet the policymakers, the government and the political parties deliberately overlooked the threat and concentrated on tampering with the laws of nature to aggravate the crisis.

Quoting a report by the World Research Institute’s Aqueduct water risk assessment and WHO Global Health Observatory, the Composite Water Management Index published by the NITI Ayog on India’s water scenario states that around 600 million Indians face high to extreme water stress and about 200,000 die every year due to inadequate access to safe water. The NITI Ayog projects that by 2030, India’s water demand will become twice the available supply, “implying severe water scarcity for hundreds of millions of people and an eventual ~6% loss in the country’s GDP”.

More than 80% of India’s water is used for agriculture and animal rearing, the remaining 20% is divided between the corporates and households, with the former taking a lion’s share and leaving the latter with a meagre leftover. The pollution of rivers, unchecked and unplanned urbanisation, which exerted great pressure on the groundwater level in various big cities, and the overall impact of climate change due to deforestation done to have corporations profiteer from plundering Indian land, minerals, water and labour, have combinedly added to the havoc.

As per a Times of India report of 21 June 2018, the groundwater and the rainfall scenario in India are very gloomy. Groundwater in India has depleted at 10-25 mm per year between 2002 and 2016. The NITI Ayog estimates say that 21 Indian cities will run out of groundwater by 2020, and there will be no way left to replenish the groundwater level. The report also showed how average rainfall also declined, from 1,050 mm during the summer cropping or Kharif season of 1970 to less than 1,000 mm in 2015. Similarly, during the winter cropping, or Rabi season, average rainfall declined from approximately 150 mm in 1970 to about 100 mm in 2015. Irregular monsoons, the scarce rainfall and the gradually increasing dry days, ie monsoon days without any rainfall, from 40% in 1970 to 45% in 2015 show the gravity of the situation.

Even after the eerie and vexing alarm ringing, Indian Prime Minister Narendra Modi and his National Democratic Alliance (NDA) government led by the Hindutva fascist Bharatiya Janata Party (BJP) have been taking disastrous decisions to help the big corporate houses that fund them generously. The Modi regime’s decisions like the completion of the Sardar Sarovar Dam, the inter-linking of Indian rivers, the handover of pristine forest land like Hasdeo Arand to his fundraiser Gautam Adani’s mining company, the decision to destroy 58,000 mangroves in drought-hit Maharashtra to build the Bullet Train Corridor between Mumbai and Ahmedabad to ensure a swift and fast transport system for the elite upper-caste Hindu Gujaratis from Modi’s home state, etc, are fuelling the catastrophe and pushing the poor Indians, who can’t afford to buy water for consumption, to the brink of a socio-economic crisis.

By announcing the scheme of providing piped water to each household, the Modi regime is actually hoodwinking the common people. The real reason for planning such a project is to help the big corporations to profiteer from water distribution, as the Modi regime is trying to impose a hefty price on the usage of water. The apologists of the neo-liberal economy, who want to corporatise all public services, have been vociferously advocating for imposing water charges on households. Now the Modi regime is following the neo-liberal blueprint and executing the project to burden the common people with water usage charges which will eventually fill the coffers of the big private corporations that will get the contract to supply the water to households.

Household water consumption is less than the consumption by agriculture and industry. While agriculture consumes 73% of water withdrawals globally, industry consumes 24% and household consumes 3% of total water, according to Water Footprint of Humanity. In India, where agriculture is mostly rainfed, 80% of water is consumed by it. Within agriculture, food production, agricultural raw material production for industries, horticulture, and animal husbandry are included. The lack of a proper irrigation system in most parts of India has forced the farmers to depend on either rainwater or groundwater for their farming. Using motor pumps and tubewells they consume groundwater for cultivation, yet no step is taken by the government to help the farmers and village communities to carry out water conservation exercise and a very less amount of wastewater is treated and recycled by the government.

Only 8% of the total annual rainfall is harvested in India, which is among the lowest in the world. More than 90% of the water that enters households leaves as waste and harms the water bodies and the environment. Yet, no government till date took any affirmative action to treat and recycle that water. Public education over water conservation isn’t effective in the big metro cities where the residents mostly enjoy piped water connection. While the poor and downtrodden masses in the rural hinterland of India’s parched parts strive to save water, the residents of metro cities like Delhi, where on an average, the consumption of the elites and the middle class is 150 litres per capita per day (lpcd), other areas get around 40 to 50 lpcd. This water inequality will give rise to a stronger antagonism in the coming days as Delhi, Mumbai and other big cities will be rendered with zero groundwater from 2020 onwards.

Rather than taking a pro-farmer, scientifically-driven water conservation and irrigation project, which would ensure better crop output and help the farmers financially, the Modi regime is busy in charting the course of a major environmental catastrophe by artificially linking rivers and changing their course. In the process of this river linking, though major corporate houses will get chances to profiteer from dams and barrages, the environment, the natural flora and fauna, and the climate will be affected severely. River interlinking will also trigger devastating floods and result in devastation, as experienced in many parts of the country in the last few years. Yet, by solely depending on their blitzkrieg marketing process, the BJP is pushing the agenda of river linking by portraying it as a pro-farmer measure. Those who are raising the concern of ecological disbalance are muffled by the Modi regime’s brutal force.

According to India Spends, the changing monsoon pattern since 1870 is reducing total rainfall in India. The strange pattern of monsoon has actually caused a cycle of droughts and floods, which caused death and destruction. While Maharashtra faces severe drought, Kerala and Tamil Nadu were flooded severely. If the river linking project goes on then it will add to woo of the common people.  A blanket ban on cattle trading issued by the Modi regime has also increased pressure on the water bodies. Cultivation of commercial crops, biofuel crops, etc, have also increased the pressure on existing water sources, causing an immense shortage for food production.

The increasing deforestation in Chhattisgarh, Jharkhand, Maharashtra, West Bengal, etc, is aggravating the water woe as well. The massive real estate development and mining, flouting all existing norms and laws will create more situations like the 2015 Chennai floods, the 2018 Kerala floods, and the present severe water crisis in Chennai. Attacking and penalising people for water shortage while 100 million people live without adequate water and nearly 600 million people living on meagre water supply, is a condemnable job of the neo-liberal economy and the backers of the Modi regime. The onus of conserving and managing water lies with the government as it’s a public resource and without privatising the water operations, the government must provide adequate water supply free of cost to the people, and also build up a wastewater recycling scheme at all levels. If even 50% of the wastewater is recycled then it can have a positive impact on the society and ensure a better water allocation.

It will be infantile to expect that the Modi regime will take any real step to prevent the deforestation done for mining and real estate development; this government will also not act on the groundwater depletion throughout the country. The Modi regime will only use rhetoric to deceive the masses and will continue to assault India’s environment and aggravate climate catastrophe. It’s only the broad masses of poor who are suffering due to lack of adequate water now and will be left with no water in the coming few years. Thus, the responsibility of fighting for the equitable distribution of water and its conservation is on the poor people. It’s imperative that the pro-people and anti-fascist forces understand the importance of building anti-fascist struggle using climate change and environment protection as themes to mobilise the people. Nothing can be better than the issue of water looming large on the poor people like the sword of Damocles.

Only when the working class, the peasantry, and toiled people are united and organised against the privatisation of water for the sake of big corporations that oblige the Modi regime, that a tectonic shift will take place on how water is perceived in politics. Only when the people’s democratic struggle for an equitable stake in water gets intense that the government will have to retreat from the conspiracy of privatising the water storage, management and distribution channels. The people’s struggle for water rights will certainly uncover a new opportunity before the democratic and anti-fascist forces to combat the imperialist aggression on water and to expose the anti-poor character of the Modi regime. Whatever can be done, must be done now to save and harvest water so that the entire mankind and the planet can be saved.