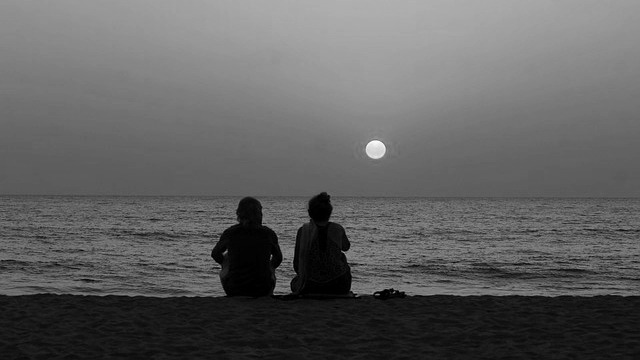 Recently, a photograph of tourists sleeping on the pavement outside Goa’s Dabolim airport became viral on social media, and netizens started pouring their comments on the sight. The most striking comment came from Goa Forward Party’s Durgadas Kamat, who called those who were sleeping on the pavement of the airport “cheap tourist” and “scum”, and asked for only quality tourists who can come and “spend” while enjoying the beauty of Goa. This tweet, with an overtly elitist tone, not only insults the middle class and lower middle class tourists who flock Goa for a vacation to keep the engine of its tourism industry running, but it also exposes the mentality of the Goa Forward Party.

Kamat and the netizens can, of course, express their elitist anger against the “cheap tourist” category, however, the Goan tourism industry can’t do much without them. Why do they think these people were sleeping on the pavement? What was the reason that compelled these people to sleep outside the airport in such a manner? Why loathe them for sleeping after, probably, a tiresome day? Does the Goa Forward Party or other such organisations control how people will behave, react and live in Goa? Did anyone try to know the reason behind this act?

We have no information on why people were sleeping on the pavement. No media house did a followup on this story. Many times people may reach the airport earlier than their scheduled flight time due to the compulsion of checking-out of the hotels. At times people may miss their flight, or they can be victims of flight delay before check-in. Whatever may have compelled tourists to sleep on the pavement is nothing quite delightful for them as well. They were sleeping on the pavement as they didn’t find any other suitable location to sleep at, and on whom does the onus of providing the best resting place falls?

With the privatisation of airports, to help the Narendra Modi-led Bharatiya Janata Party’s (BJP) biggest donor Gautam Adani mint money, going on at a full swing, it’s unlikely that the middle class and lower middle class people can even afford any sort of arrangements wittohin airport complexes. Those who are blabbering against the tourists sleeping on the platform would never look into these aspects and would try to carefully conceal them, as their own interests are intrinsically conjoined with that of those big corporations that are profiteering from airport privatisation.

Kamat’s elitism would never make him see what Goa doesn’t need now. It’s not middle class or lower middle class “cheap tourist” who would create demand at the lowest level to keep the economy moving, rather it’s the mining of coal, the illegal sand mining from the rivers, the corporate aggression on farmlands, the destruction of natural greenery for the construction of real estate projects whose commission reaches the doorsteps of all political leaders of the mainstream, the coal mining by Adani’s infamous company, which is polluting the environment and deteriorating people’s health, these are things Goa doesn’t need.

The attempts by Kamat and the BJP government, which he and his party joined post-election after being lured with lucrative baits and from which their dismissal is certain after 10 Congress MLAs recently joined the BJP to give it a comfortable majority of 27 in the house, to plant trees and create urban forests is a myth as no such artificial forests by planting saplings and seeds at present can fulfil the loss of natural forests and their environmental values. The corporate-sponsored plantation drives can never reverse the ecological damage done by deforestation for the sake of the big corporations and the urban elite classes, who would need their bungalows and farmhouses in Goa. No amount of tree planting can undo the damages caused by Adani’s big coal mining project and the infamous “Coal Corridor” of Goa, which is a curse for the common people of Goa.

Known for its serene beauty, Goa is now at the verge of an environmental catastrophe due to the unbridled mining and real estate development. The political parties of Goa, including the Goa Forward Party, are beneficiaries in this anti-Goa exercise and it’s only by peddling communal vitriol and xenophobia, they could prevent the people from joining the ranks against the big corporations that are pushing Goa towards its extinction. The tourists who belong to the middle class and lower middle class background, if properly guided regarding environmental hazards, will never cause as major damage to “brand Goa” as would Kamat’s and the BJP’s corporate donors.

Goa is for the Goans and the Goanese people love the tourists who come and live in peace with them. It’s imperative that the tourists are welcomed to Goa and better infrastructure is allocated for the middle class and lower middle class people by shifting the industry’s focus from serving only the white-skinned foreigners and elite Indians. The more inclusive the Goan tourism industry will become, the stronger the Goanese people will resist the BJP, its allies and the big mining and real estate giants destroying Goa’s environment, the better and safer Goa they will be able to build. This will truly be the real answer to Kamat’s verbal diarrhoea against the tourists sleeping on the pavement of Goa’s Dabolim airport.