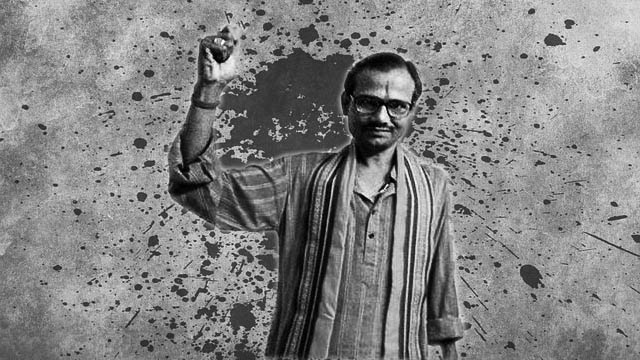 Kamlesh Tiwari, a notorious Hindutva fascist leader who belonged to the Hindu Mahasabha and later founded a small outfit called the Hindu Samaj Party, was murdered at his house in Lucknow’s Naka area by two unknown assailants on Friday, 18 October 2019. His murder created a ruckus as both Hindu Mahasabha and the Hindu Samaj Party, affiliated with the Rashtriya Swayamsevak Sangh (RSS) have blamed “Muslim jihadis” for the murder.

Tiwari’s wife blamed two Maulanas from Bijnor, Mohammad Mufti Naeem and Anwarul Haq, for offering a bounty on his head, and the Uttar Pradesh Police booked the duo without any prima facie evidence under Sections 120B (criminal conspiracy) and 302 (murder) of the Indian Penal Code. This accusation has provided fodder to the ruling Bharatiya Janata Party (BJP) and Uttar Pradesh Chief Minister Yogi Adityanath, to run an incessant series of communal vitriol against the minority community and mill out falsified versions of the event to fuel communal tension.

Tiwari came into limelight at the end of 2015, when he called Mohammad, the founder of Islam, a homosexual, responding to Samajwadi Party’s Azam Khan’s remark calling the RSS an organisation of gay men. The comment was considered derogatory by the homophobic Muslim fundamentalists and sparked nationwide protests. The then Uttar Pradesh government under the Samajwadi Party jailed him using the draconian National Security Act (NSA). Later the Allahabad High Court revoked the NSA and Tiwari could get himself free. He even fought the 2019 Lok Sabha election from the Faizabad constituency but failed to make any difference.

The comments against the Muslim religious figure fanned communal tensions in many places. Rallies were organised by boisterous mobs of semi-literate Muslims, demanding Tiwari’s hanging. The optics of such rallies gave ammunition to the RSS-BJP, who would use them to fan Islamophobia. Also, the infamous January 2016 vandalism in Kaliachak of Maldah district in West Bengal happened when a Sunni organisation’s rally against Tiwari went berserk. The RSS and its progeny portrayed the Kaliachak vandalism as an Islamist uprising in West Bengal under Mamata Banerjee’s patronage.

While the police have maintained a consistent narrative regarding the murder, saying that it’s not a political or communal murder, rather, one that has a personal enmity angle to it, Tiwari’s wife and the RSS-led organisations are trying to utilise this incident to polarise the upper-caste Hindus of Uttar Pradesh. The RSS-BJP began a blitzkrieg campaign on social media, blaming Muslims of the murder. Without waiting for the investigation to be over, they are adding a communal colour to the murder and are trying to cover up the real picture that the preliminary police investigation has revealed. The mainstream press, servile to the ruling bloc, is also following the same modus operandi and helping in amplifying the Hindutva fascist hate-mongering.

Tiwari was provided with police security by Adityanath’s government. Two young men wearing saffron kurta came to meet him on Friday morning and Tiwari asked the guards to allow them. The duo had tea with Tiwari and then after an altercation, they stabbed him. It’s unclear whether Tiwari was also shot. However, there are rumours of a pistol being recovered from the murder spot. Even though the modus operandi presented by the police’s preliminary investigation emphasises on the personal angle connection, Tiwari’s wife persisted to book two Maulanas from Bijnor with a clear political motive. She also threatened the government with self-immolation if her demands are not met.

For a few days, the RSS-BJP ran a campaign on social media and WhatsApp universe over how Muslim fanatics killed a school teacher, his pregnant wife and child in West Bengal’s Murshidabad district. However, as the killer came out to be a Hindu and a BJP worker himself, and nothing could verify the claim of the slain teacher being an RSS worker, the Hindutva fascists had a facepalm moment. They stopped talking about the crime altogether. Now that Tiwari is a known Hindutva zealot and had been a Hindu Mahasabha leader when he mocked Mohammad, and that many Muslim clerics, at that point in time, announced bounties on his head to score brownies, it’s easy to play a dirty communal game with his murder.

Tiwari’s murder is a crime and the law must take its course to catch and prosecute the perpetrators. But to use this crime to fuel more crimes is quintessential of the bloodthirsty Hindutva fascist camp. If the police have already found that the murderers were known to Tiwari, who had no Muslim acquaintances, and that he had himself allowed them to meet him, then the entire theory of Muslim fanatics killing him for his remarks against Mohammad will fall flat if a proper investigation is done without political pressure. This is imperative that the investigation isn’t allowed to be derailed through such cunning manoeuvres.