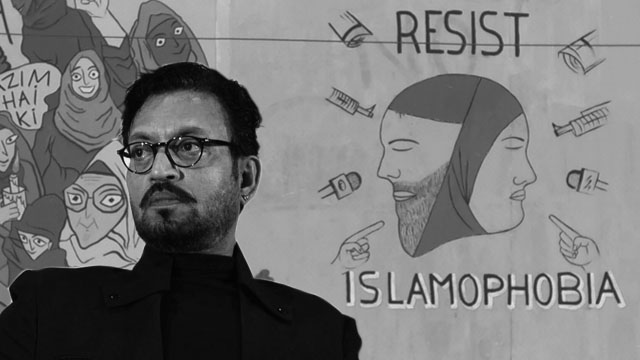 India and the entire world lost a powerhouse of talent this Wednesday, April 29th. With the news of acclaimed actor Irrfan Khan’s demise, the world came together to pay tribute and say goodbye to the star which shined the name of India on the global stage. Right around the clock, the US Commission on International Religious Freedom(USCIRF) in its latest report slammed India over the treatment of Muslims and other minorities. USCIRF’s chair Tony Perkins said India is a “Country of Particular Concern” for “engaging in and tolerating systematic, ongoing, and egregious religious freedom violations.” “We are seeing impunity for violence by non-state actors committed against religious minorities (in India).”

After the news of Khan’s demise, social media flooded with condolences, statements, and messages pointing out the great loss, and then started the shame of connecting the two – USCIRD’s report and Khan’s death. Sounds like a weird combination, right? However, the social media universe thinks differently. From meme pages to digital media everyone debated how India doesn’t practice Islamophobia, as Indians across faith mourned the Khan’s demise.

Unfortunately, this isn’t true. Mourning a well-acclaimed person’s death in no manner proves whether disparities and fault lines exist in a society and conditions of representation and treatment of marginalised groups. The report of the USCIRD is no new knock on the door, New Delhi had similarly rejected the USCIRF report in 2015 and called it regrettable in 2009. These reports might just be represented as simple concerns that a country has put forth, however how long will one act blind. There are several debates on the credentials of these reports and panels, which again, are mere representations of concerns and views. However, the concern lies in the impact that this report and the ‘accusation’ has brought along with it, in our very land. I collected a few memes and posts, for the reason to show what the Indian social media users are debating.

This post (image1), which is shared from a page 2100 times, and more on other platforms, debates how they could not find a single ‘Hindu’ speaking against Khan, and hence proving that Hindus love Muslims too, and hence all is fine. Next are a couple of posts, shared several times, read how Hindus stand with good Muslims (Image 2 and 3).

Another post explains how to be a good Muslim. Another meme (not included here) reads, how India is a country that sees no Islamophobia, as from religious leaders to politicians of different faiths to people of every religion mourn the death of a Muslim.

Indeed, every day there are memes and posts advising if you are a Muslim then be like late APJ Kalam, and how late Kalam is a Muslim who has no haters. A new post (Image 4) putting Kalam and Khan in a frame, surfed on the internet with the same message.

However, the question lies in the timing of these posts. Next to Facebook and Instagram followed the WhatsApp texts. Reading one of them delivered to me on a group, “USA today mocked India for its treatment of Muslims, and today itself, the whole country comes together to say goodbye to IRFAN KHAN. This is a slap on anyone’s face who says India is not tolerant towards its minorities.” (sic)

However, our netizens are not alone, by the evening of Wednesday, a mainstream news channel show, followed somewhat the same path. Palki S Upadhyay, in her evening show at WION, started her show on the latest report, on the note that how a country of 1.3 billion people has come together to mourn the death of a world-famous actor, Khan, a Muslim. She later adds how the country saw him as an actor who reached the sky in the field of cinema on the basis of his talent alone and never seeing him through the prism of his religion or beliefs. She emphasized the word Muslims, and the religion of the actor, to prove a point that has cost lives and peace of hundreds.

It is not only unrealistic and illogical but also questions the sense behind using these facts and arguments that are used by this journalist to defend a point. Not to mention, the shame that comes along portraying a man, who everyone mourns today, in such a light.

However, this issue is much larger, it is not about a few memes and posts, it is not about a report, which will lie way down in the piles of reports and stories, it is about what these pages and creators are aiming to portray. These posts merely showcase the very islamophobia, these posts/memes claim the denial of in India. Posts like these, tell and preach on how the 182 million Muslims of our country should behave or be like and who, according to these pages and people, deserve hate and praise. This is reverse Islamophobia, much similar to reverse feminism, when men teach women how to be a good feminist, showcasing the height of misogyny.

These pages or posts are posted and shared by people who very proudly display their beliefs on their profiles with the help of colours, flags, symbols, and pictures, which lays to the very essence of the identity of these people, or at least the identity that they portray online. Hence one can easily judge what they wish the world to hear and read.

Talking on reverse Islamophobia, the fact that one can teach on how to represent a minority and justify the very actions of their treatment is a slap on the face of tolerance and secularism. The journalist pointed out about how India need not seek any validation of its religious tolerance from the west, however, the issue is not about the validation from the west, when our very marginalized community, be it caste, colour, region or sexual orientation, has to seek teachings on how to get themselves validated.

Tagging along with the news of one’s death to the long-running portrayal of a narrative is indeed a deliberate strategy, which aligns with a much larger issue, increased inequalities. In the modern world, where online space decides and defends the very portrayal of a person/community and even states, inequalities are not just accustomed to economic conditions and rights only. The audience of inequalities and its practice is much larger now. Posts and memes included here are a few of the millions that surf the net every day, disparity and hate that lies in the very representation of a marginalised community, by another community, reshapes the very sense of portrayal of the community, affecting the opportunity and validation available to them.

Every day we see news of hatred and discrimination based on religion and/or caste, and the majority of these have to deal with the very representation of these communities by others. Inequalities among the communities do not only lie on the lines of economics and opportunities, however importantly aiming more on the very representation. Hence these posts and memes of our dear actors’ death linked to religion to set an answer to the USCIRD’s report, might not seem like a big deal, but it is part of a much larger problem that we have neglected and keep on neglecting. And if one doesn’t follow, they fall out of the meme chain of how to be a good “whatever” to receive praise and be placed beside the frame of famous leaders. 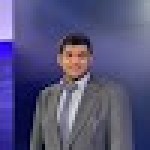 Prateek Srivastava is a master's student of International Politics at KU Leuven, Belgium and has completed his UG from University of Cincinnati, USA. Prateek researches on ethnic and religious representation and violence in South Asia.