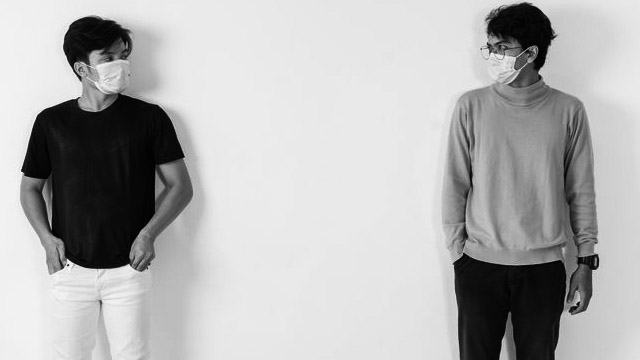 The term that’s buzzing in our ears 24×7 in the trying times of the Coronavirus (COVID-19) pandemic, “social-distancing” is the most uttered one. The word is seen as a sole weapon to keep humankind safe from the COVID19 infection. But is it the right word to use, particularly in the Indian context? It seems, it’s not.

When, as Indians, were we soulfully connected with each other? We have never been. Still, in our highly compartmentalised society, a person of the lower chamber of caste hierarchy never dares to cross the threshold of an upper-caste kitchen, a  place of sanctity to the most. Millions fall prey to the victim of caste-related violence.

In the process of hatred that mostly arises from our caste-based social aloofness, we lose brilliant minds like Rohit Vemula to many more who have been killed over, what would otherwise look like, trivial affairs like riding a horse or a fault like having her or his own name! One of the brilliant thinkers of our time, Arundhati Roy rightly explains, “Social distancing has somewhat horrible connotation in India because social distancing is something that a community/people that practices caste understands in awful ways.”

Words are magical. They create friendship as well as destroy lives. Words are power. Rulers use words to dictate lives and narratives. In the rising of the Third Reich words were used to vilify the Jews and inject venom in the minds of the Germans. This same thing happened during the Rwanda genocide when the Hutu ideologues incited the peasantry by equating the Tutsi community with cockroaches.

The path of the genocide of Rohingyas in Myanmar was widened by calculatedly calling them “Bengalis” and “Bangladeshis”. It’s not only a racist slur; this apparently innocent term “Bengalis” or “Bangladeshis” strip the Rohingyas of their identity and make an impression on the minds of the Burmese people that Rohingya Muslims are outsiders and so they can be kicked out! Likewise, the German people considered the Jews as “disease-ridden rats”, “parasites”, etc.

The American rulers termed the COVID-19 ‘china virus‘ to vilify the Chinese people and the Chinese government. After the 9/11 attack on the US, the term jihad became a deadly weapon to stereotype the entire Muslim community as a terrorist community! So, language always has the power to make or break people, nations and communities.

On July 17, human rights advocacy group Amnesty International released its data recorded on its ‘Halt the Hate’ website: “In the first six months of 2018, 100 hate crimes have allegedly been committed against people from marginalised groups. 67 incidents of alleged hate crimes against Dalits and 22 against Muslims were recorded in just the first six months of 2018. 42 incidents involved killings and 13 involved sexual violence against women from marginalised groups,” the report said. The ruling Bharatiya Janata Party (BJP)-led Uttar Pradesh topped the list of hate crimes followed closely by Gujarat.

So, the term social-distancing is itself a diabolical term that may lead the already divisive society into a point of rupture. We are already watching a series of violence against our frontline medical warriors, our police personnel, our essential service delivery personnel and COVID-19 patients. The BJP’s notorious internet troll army – the IT Cell – ran a vicious campaign to portray the Muslims as the carriers of the COVID-19, by citing the Tablighi Jamaat congregation in New Delhi’s Nizamuddin area in mid-March 2020. They too resorted to phrase-mongering by using “Corona jihad” to show a purported link between the COVID-19 infections and the so-called Islamist terrorism.

How many people know the name of their daily essential service providers? By using casteist, classist or profession-related names, eg, “rickshaw wallah” or “dhobi” (washerman) or “Bhangi/Methor” (used for ostracised dalit sweepers), etc, are used to reduce one’s identity into a subaltern class.

There are millions of such words used daily to denounce one the respect they deserve. The religious, racist and caste supremacists always use slurs to ‘distance’ themselves from them whom they consider inferiors. Words are used for many years by the upper-caste and upper-class male chauvinists to consolidate their so-called superiority ego, which is actually driven by an intense feeling of insecurity.

During this COVID-19 pandemic, a heartful connected solidarity irrespective of caste, class and gender was needed to overcome the menace. One shouldn’t distance from the society, rather should be connected, be more involved in the society, if not physically then at least mentally. The term “social distancing” comes with an air of ‘distancing’. Martin W Bauer, a professor of social psychology and research methodology at London School of Economics, says the use of the term “social-distancing” is an “unfortunate choice of language.”

Fear of death, lockdown, economic crisis, separation from friends, etc, are taking a heavy toll on mental health. In such a grim time, positive vibes should exude from the language one uses. Realising this, WHO epidemiologist Maria Van Kerkhove said in a press briefing, “We have been saying ‘physical distancing’ because it’s important to remain physically separate but socially connected.”

In India, there is a desperate need to be connected more and work together to wrestle against COVID-19 pandemic. Therefore, the language used, and the choice of the parlance must be done very carefully. At an hour when the society is split, turned into antagonistic camps, such divisive terminology like “social distancing” must be scrapped. The vocabulary shouldn’t be burdened with one more divisive word. A positive, more inclusive and more involving word can replace “social distancing” to serve the objective of physically keeping people aloof. “Physical distancing” can be rather used for the purpose than the obnoxious term – “social distancing” – that is used hitherto.