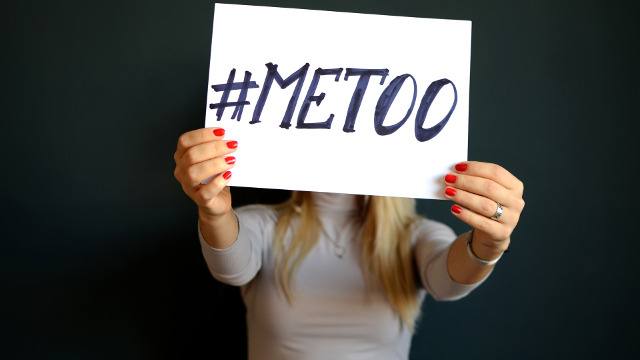 The continuous revelation of horror stories related to brutal sexual abuse and harassment faced by women in the media, film, entertainment and other such “glamorous” industries, is carving a bruise mark on the grotesque face of India’s patriarchal society. The highly regarded institutions and personalities are finding themselves naked in public, revealing their utmost patriarchal self, thanks to the renewed Indian #MeToo movement. Be it the film industry or the “conscience keeper” corporate media world, no place could show that it is safe for women, that it has provisions to redress the grievances of their women workers and that those who are considered strong, mighty and powerful can be questioned for their transgressions.

From MJ Akbar, the firebrand columnist-cum-editor of the 1990s, to Alok Nath, who ubiquitously appeared as the typical Brahmanical patriarch “Babuji” in Bollywood films, from the versatile actor Nana Patekar to the Padmashree winner journalist Vinod Dua, everyone is named, shamed and exposed by the #MeToo movement. Though the list is too small until now due to the immense pressure and male dominance under which women have to work at present in the corporate-controlled media, film and entertainment industry, if the supportive momentum can be built and women are encouraged en masse then more will open up and dethrone many gods from the high altars of public life.

It’s evident that the accused men, like the powerful MJ Akbar, will unleash legal and other forms of pressure to ensure that women who speak up can be intimidated and gagged forever, however, that can’t pave their path to an easy victory any more. The women, who are rising up and becoming vocal about these crimes, can’t be muffled with such muscle-flexing and bullying. Despite enrolling more than 97 lawyers to fight his case against a lone women journalist – Priya Ramani, MJ Akbar had to quit the cabinet under public pressure.

The media industry, which has already lost its respect and sheen due to its absolute corporate monopolisation that blurred lines between PR and journalism, has revealed a very dirty side of its existence to the nation. Not only the women journalists are preyed upon by their male “godfathers”, but the industry that was supposed to be a key player in curbing sexual violence and harassment of women, was supposed to be narrating untold stories and helping women meet their empowerment goals, betrayed not only the cause but also its own workforce, the very women who toil for these mammoth advertisement-selling companies masquerading as news organisations. Rather than providing a safe workplace to women employees, rather than securing them from all sort of harassment at work, and rather than supporting the victims to fight back against the perpetrators, these corporate-controlled media houses stabbed the back of these women journalists by siding with their “star” journalists and “celebrity” editors. They stood by the criminals until they were exposed, torn and shamed publicly.

Now that the Times Group has sidelined its Hyderabad editor or the Hindustan Times forced one of its most famous editorial staffs to step down, people are considering it as a victory of the #MeToo movement by the women of journalism. Now that Tanushree Dutta is heard, her narrative is taken seriously (10 years after the alleged incident), the social-media trotters are considering justice as delivered. However, it’s not the case. The battle isn’t won. More such women who have revealed the notorious side of men of fame will be intimidated in a short while and these cases will keep dragging on, while new women in journalism or film industry will be preyed upon by the powerful pervert men of the trade. #MeToo may have opened the door for those who can speak up and expose the ghastly acts of men in power in the media industry, it’s unable to bring justice for the women victims. #MeToo is too much of social media and less about the real fight against the patriarchy.

The problem is not in few individuals, the number of perverts and sexual predators at the workplace isn’t a handful, rather there are a vast number of such men, and mostly men, who, drunk with power, authority and fame, consider themselves infallible and supreme, they consider each woman who come to work under them, somewhere down in the food chain, as their own property, they try to establish their physical authority on these women by exploiting the economic dependency and career goals of these women.

This unapologetic women-mongering is a feudal practice that the upper-caste feudal landlords have practised since ages in their estates, where they have been preying upon peasant-women, or women belonging to the Dalit or backward caste households, whom the feudal patriarch considers his own property. Feudalism didn’t die in India; it got a new lease of life under the patronage of foreign capital and indigenous comprador capitalism. Unfortunately, the highest echelons of Indian media, film and entertainment industries are filled with men who belong to feudal households or upper-caste Hindu elite background. Thus, the behaviour of the feudal patriarch remains intact, though these men, the modern feudal lords, work in a modern cubicle and sip Johnny Walker.

In each media organisation, the editor, mostly a man, forms a coterie around himself with both men and women, mostly dimwits who need the plum assignments and creamy toppings through sycophancy. These people form a shield that protects the predator when the victim confronts him. Despite many of these sycophants being women, they shame the victim and obnoxiously humiliate her to such an extent that she lacks the breathing space and is forced to quit the organisation. This is not the peculiar pattern prevalent in only one or two organisations, rather it’s the common practice in almost all media houses of India.

This shooing away of talent by the dimwits who monopolise over everything in the corporate media world through their sycophancy, through their unquestionable loyalty towards the “Boss” and by their bootlicking, resulted into the domination of toady journalism and communal fascism in the Indian media space. This lack of talent, this hostility towards people with a spine has left the Indian media to lack the soul that can take upon the anti-democratic, communal, corrupt and pro-corporate forces ruling the country. The coterie of the lapdogs of the “editor” becomes the coterie of the regime, the ruling bloc and the big corporate clients of the corporate media houses in return of trickled down benefits and crumbs, which further toxifies the Indian media, after making it a hotbed of sexual harassment, abuse and corruption.

The dominant media in any society is owned by the class that owns the means of production. In the case of India, which happens to be in a semi-colonial and semi-feudal stage, the media is largely owned by the representatives of big foreign capital, the comprador and crony capitalists and big feudal landlords and usurers. Blended with Hindutva fascism, this reactionary media doesn’t work as the watchdog of “democracy” or a supporter of people’s rights, rather it works diligently to spread the propaganda of the ruling bloc and to create mass opinion in favour of such propaganda. In such a situation, it’s quite normal for the commanders of such campaigns to become sexual predators, to turn into women-mongers and to prey on each woman whose career growth is controlled by them.

Reared with privileges, male-chauvinist ideology and utmost reactionary feudal morality, the upper-caste men, who are mostly hired by big media houses as their propaganda experts, are always misogynist and they wear patriarchy, along with religion, in their sleeves. The challenge thrown by meritorious Dalit, tribal, minority or women colleagues to these half-baked, mediocre bootlickers fuels insecurity and force most of them to backstab their co-workers and topple the deserving people. In doing so they take out their vengeance on women as they’ve learned since time immemorial that any women who try to live their independence are actually “asking for it”.

The male privilege and chauvinism never allow these men of power to see that there could be a “NO” and they know well that millions of #MeToo campaigns can’t do them any harm because the women employed under them at this moment can’t revolt without losing their jobs and jeopardising their careers. They know well that career is important for women seeking independence, which enables them to blackmail, torment and harass such women until they give in or quit the job to allow some other woman to fit in. The man remains intact as the bank of the river, while the water flows by. Journalists arrive and leave, however, the “good old editor” stays back and keeps exploiting anyone found worthy.

Today, Indian media is suffering the worst credibility issue since its inception as its utmost toady character, its unprincipled standpoint, its sheer opportunism and corporate lackey character stand revealed before the people. The masses aren’t believing the mass media and turning to social media or even hearsay, which is fanning too much of confusion in the country. In such a situation, when the media industry finds the skeletons of sexual abuse and harassment hidden inside the closet exposed to the world, it panics, it tries to portray a normal and calm picture while being extremely nervous within, it suffers from an anxiety of losing revenue that it cannot share with everyone. But the men sitting atop know that “this too shall pass” as the social order on which this notorious corporate media enterprise stands will remain intact and survive the very ephemeral and reformative character of the #MeToo movement, which will sooner or later die spontaneously like it was born.

However, these men too know that if the outrage of the #MeToo movement breaks its class and caste boundaries to reach the marginalised, exploited and oppressed women – the women workers, the peasant-women, the toiled women, then it can become quite lethal for them. If the working women, the poor women embrace the #MeToo and call out their harassers, abusers and fight for justice together, fight against patriarchal Hindutva fascism powered by feudalism, comprador-crony capitalism and foreign monopoly and finance capital, then fall of these predator men will be imminent alike the very system’s, on which they’re perched atop. So these men will always try hard to keep the #MeToo movement confined within the periphery of the privileged, upper-caste and urban women. They will surely not try to make it a movement that will get a popular character and will have the potential to dethrone their male privileges and domination.

Thus, it’s imperative that the women without a voice, without a say, without the courage to fight back are inspired and encouraged to take on the perpetrators and hasten the fall of the notorious empire of evil so that a just, equal and egalitarian social order can be built. This can’t be done through an elitist, social-media-centric movement like #MeToo but through the building up of a massive women’s struggle for emancipation from the bonds of feudalism, comprador capitalism and foreign imperialist rule, which jointly promote and consolidate the patriarchal fascist rule on their bodies, minds and existence. When the women’s liberation struggle from the yoke of all forms of exploitation becomes a popular movement, then surely patriarchy will not only crumble but will collapse like a castle of sand.