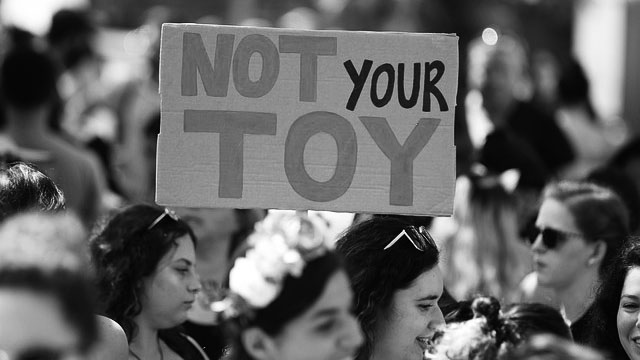 When Dr Priyanka Reddy, a veterinary surgeon was standing at the Shamshabad toll plaza at 9pm on Wednesday, 27 November 2019, with her scooter’s rear tyre deflated, she was calling frantically her sister because she was scared but there was no rescue from an imminent rape and murder for her. The young woman was gang-raped by a group of four men: Mohammad Areef (truck driver), Jollu Naveen (cleaner), Chennakeshavulu (cleaner), Jollu Shiva (truck driver). They smothered her and then burnt her body near a culvert at Shadnagar, 25 km away from the toll plaza.

Turn of events in one evening ended the life of a woman who had a promising career and future for her. When Priyanka Reddy’s body was recovered at 7am of Thursday, 28 November, it was beyond recognition for the family members who had bid goodbye to a healthy and lively woman on Wednesday. The revelation of the atrocities shocked them tremendously as the accused didn’t shy confessing their brutal acts before the police.

When the family members of the rape victim were in trauma, due to such a gruesome crime, the Indian right-wing universe, including the rabble-rousers of the ruling Hindutva fascist Bharatiya Janata Party (BJP) and Prime Minister Narendra Modi’s supporters, began a vicious campaign by exploiting the incident. They, suffering from utmost insecurity and inferior complexity before the democratic and anti-fascist forces, began communalising the incident by citing the religion of one of the accused.

Though all of the accused of this spine-chilling crime were arrested by the Cyberabad Police and were sent to judicial custody as they confessed to their crime, the misinformation universe began peddling the crime as one committed by a Muslim against a Hindu. The gruesome act was brought down to the immediate identities of the victim and one of the accused.

The secular and democratic forces were questioned why they aren’t vocal about the incident as they were when an eight-year-old Asifa Bano was gang-raped and murdered in a temple of Kathua, Jammu by Rashtriya Swayamsevak Sangh (RSS) men? The anti-fascists, including the liberal-democrats on social-media, were called names and were accused of being selective in their approach. A reign of bush telegraphs captivated vulnerable sections of the society and, sadly, the rape and murder of Priyanka Reddy became a trending topic in India.

Notorious Hindutva fascist BJP’s member of legislative assembly (MLA) Raja Singh from Hyderabad posted a video accusing Muslims of the crime. He didn’t dare to speak up when the identities of the other accused were revealed. Hindutva fascist organs like Swarajya Magazine reported the issue naming only the Muslim accused and didn’t disclose the name of other accused. Hindutva fascist propaganda site OpIndia wrote an article naming all accused but projected the Muslim as the principal one, though the Police didn’t say anything like that.

Deputy Commissioner of Police, Hyderabad, Prakash Reddy confirmed to the press that there is no communal angle to the crime but that didn’t stop a barrage of Islamophobic slurs against the Muslim community and the anti-fascists from the Hindutva stooges, including the BJP’s notorious IT Cell Head Amit Malviya, Sudarshan Channel’s Hindutva terror-monger Suresh Chavhanke, notorious hate-monger Prashant Umrao Patel and others with a large follower base on social media.

What makes these dreaded characters draw a parallel between any rape and murder case, from Mandsaur in Madhya Pradesh to the killing of Priyanka Reddy in Hyderabad, with the Kathua incident? Why do they relate Asifa’s case, who was gang-raped by the RSS’s men in a Hindu temple for days before they killed her just because she was a Muslim, with cases where the identity of the victim didn’t play the principal role in the crime?

Did any Muslim organisation come out in support of the accused in the Mandsaur case or in the case of Priyanka Reddy’s rape and murder in Hyderabad? Did any Muslim or anti-fascist organisation hail the accused in Mandsaur or in Hyderabad as patriots? Or did the anti-fascists rallied in support of the accused waving India’s national flag? Did the Muslim lawyers anywhere stop the filing of charge sheet or other legal proceedings? Did the democratic and anti-fascist people justify the rape on social media or other platforms like the OpIndias or Swarajya Magazines of the world defended the Kathua rapists?

Who is defending the accused of Priyanka Reddy’s gang-rape and murder? No one, except BJP MLA Singh, a notorious hate-monger, pulled up the religion of the accused or communalised it. The BJP and the RSS had to pull out the religion of one of the accused because that’s a business opportunity for the saffron camp and its highly parochial, self-esteem-less, rape apologist and patriarchal support base, including a handful of women who dance to misogynist tunes. Due to the severe insecurity that the Brahminical, upper-caste Hindu elites and middle-class supporters of Modi and the BJP-RSS suffer from, these people try to vilify the Muslim community on each occasion, as Islamophobia has become the core of their political existence.

Apart from Priyanka Reddy, many other women were raped and killed in the same period. Take for example, the gruesome rape and murder of a Dalit woman hawker, which took place on Sunday, 24 November, between Ramnayaktanda and Ellapatar villages in Lingapur mandal of Komaram Bheem, Asifabad, Telangana, also committed by few Muslim accused, didn’t spark much of a protest because of the caste and class of the accused. Similarly, when 12 men — all non-Muslim, tribals — abducted a woman law student in Jharkhand at gunpoint and gang-raped her in a brick kiln, the outrage of the RSS-BJP wasn’t visible at all because Jharkhand is a state ruled by them and it’s now poll-bound. The BJP or the RSS said nothing to against those who are accused of gang-raping and murdering a 20-year-old Dalit girl in Tamil Nadu’s Kancheepuram. Scoopwhoop earlier compiled a list of 30 goriest cases of sexual violence against women in 2019. On which one did the BJP show its concern or outburst?

When accusations of sexual violence are levelled against the military and paramilitary personnel posted in Chhattisgarh, Jammu & Kashmir or Manipur, then these feral Hindutva fascist thugs would come out to defend the perpetrators and abuse those who question. When a BJP MLA was accused of raping a teenager and killing her father, then these people defended him, until the people’s discontent intensified.

The RSS and the BJP won’t mind joining hands with rape-accused Gopal Kanda in Haryana, whom they opposed in the past for his alleged complicity in the rape of a former air hostess, who later committed suicide. The BJP and other constituents of the RSS-led Hindutva fascist camp didn’t shy while unleashing sexual violence on Muslim and Christian women during the 2002 Gujarat pogrom, the 2008 Kandhamal pogrom and the 2013 Muzaffarnagar pogrom. Hundreds of Muslim and Christian women were sexually assaulted by the Hindutva fascist thugs, who gang-raped women, butchered them and even tore open the womb of pregnant women whom they killed to fork out and burn the foetus. These are the people now lecturing the anti-fascists on women rights and rape.

Priyanka Reddy and all other women are getting raped and killed in India, on a large scale, because of the sheer patriarchal-feudal ideology that’s reinforced by the forces like the RSS. Women are considered inferior to men and their body is considered “owned” by men. No wonder, marital rape is still legal in India, abusing and assaulting women is considered chivalry according to feudal-Brahminical standards and any attempt by a woman to be herself, to deny the men ownership over her body and choices, is considered blasphemy. The men who raped Priyanka Reddy weren’t socio-economically powerful than her but they considered her a prey because as men, they felt, they’re superior to her and have privilege over her body.

As long as men will be brought up in a patriarchal setup, infused with wrong privileges and as long as they will believe that they own the body of the women, we will see more brutal sexual crimes against women. More Priyanka Reddys, more Asifas, more Jyoti Singhs will fall prey to pervert men till the time the feudal-Brahminical society rear them with utmost misogynist principles. For the women in India, no place, whether work, way to work, way back home, school or college, and, above all, even home is safe. A Reuters report in 2015 shows that 90% of rapes in India are committed by someone known to the victim; there remains no place that’s actually safe for women. Even allegation of sexual harassment was levelled against India’s former chief justice by a Supreme Court staff. Where would have Priyanka Reddy felt safe in this country where a nine-month-old girl to a 71-year-old nun can become prey of rapists?

The whataboutery mongering RSS-led Hindutva fascists won’t shy in using rape as a weapon, suggested by the Hindutva fascist ideologue VD Savarkar whom the Modi regime wants to posthumously accolade with India’s highest civilian award, whenever the need arises like in 2002 Gujarat, 2008 Kandhamal or 2013 Muzaffarnagar. They will occasionally cherrypick cases like the heinous gang-rape and murder of Priyanka Reddy in Hyderabad to stoke communal sentiments and polarise the majority community across caste-lines.

The only way the women can resist this ordeal and turn the tables is by uniting against feudal-patriarchal domination that’s glorified by the corporate-Hindutva fascist nexus. The feminist struggle for equality, for an equal right to life for women and to not live as men’s sex toys, is an ardent need of the hour. Only the women’s struggle for their just right over half the sky, their right to live without regrets and their right to equal space and pay can gradually push the patriarchal-feudal establishment to the wall. Unless we talk about the women’s struggle for emancipation from patriarchy, all talks of curbing sexual violence and gender discrimination using law and order machinery or by enacting draconian laws will just mock the society. To stop rape and exploitation of women, it’s the women’s turn to hit back, and hit back incessantly against the institution of patriarchy, until it’s pulverized and its venomous existence uprooted.