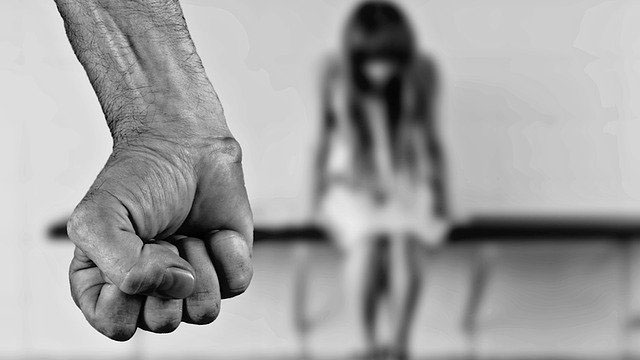 After the Unnao rape victim, who was set ablaze by the accused, died in New Delhi’s Safdarjung Hospital after suffering 90% burn injuries, no pan-India public outrage over the crime is visible and no politician, celebrity or policemen are baying for the blood of the accused as they did for the four men, accused of gangraping and murdering a 27-year-old veterinary surgeon Priyanka Reddy in Cyberabad, Telangana, on 27 November 2019, executed in a fake encounter on 6 December 2019 near Shadnagar town. There is no visible visceral hatred poured against the accused. There are no debates or vociferous demand for capital punishment, except for in Unnao, where the people are agitating en masse.

Unlike the Hyderabad gangrape and murder case, where the police picked up the accused and didn’t prove the case against them but killed them, the Unnao rape victim herself filed a complaint against the accused. She, through pleading, had the case shifted to Rae Bareilly, as the accused were threatening her. She was attacked and set ablaze when she was on her way to the court and it shows the sheer apathy of the police and administration of Bharatiya Janata Party’s (BJP) government in Uttar Pradesh led by Chief Minister Yogi Adityanath, a notorious Hindutva rabble-rouser himself, whose outfit’s leader once called upon Hindutva thugs to rape corpse of Muslim women by digging graves. It’s alleged that the accused are close to the BJP and, therefore, the police is under severe pressure to let them stay aloof.

The victim was the second rape victim from Unnao. Earlier, another woman filed a rape complaint against Kuldeep Sengar, BJP’s member of legislative assembly (MLA) from Unnao. Sengar allegedly had her father killed in police custody and even while remaining imprisoned, he allegedly tried to murder the woman, her relatives and lawyers when they were on their way to Rae Bareilly for some legal work. Though the woman and her lawyer barely survived a pre-planned road accident, her two aunts were killed.

There was a massive outrage against MLA Sengar and the BJP was forced to suspend him from the party to do damage control. The case against Sengar is progressing at a snail’s pace at this point and there is no scope of it coming to a decisive conclusion any time soon. Despite the party suspending him, the BJP’s member of parliament (MP) from Unnao, Sakshi Maharaj, has been a constant visitor to Sengar and even wished him on his birthday. Sakshi Maharaj himself has a trail of crimes behind him, including rape allegations, and is a notorious MP known for his Islamophobic rantings and hate-mongering.

The people of Unnao heckled Sakshi Maharaj, Uttar Pradesh ministers Swami Prasad Maurya and Kamal Rani Varun when they visited the victim’s house. The people of Unnao are demanding capital punishment for the accused, but Adityanath remained non-committal, despite supporting the Hyderabad encounter. Under Adityanath’s rule, fake encounters became a normal practice of the Uttar Pradesh Police, but no one called for the encounter of Sengar, Chinmayananda or their ilk.

It’s not merely about the Unnao rape victim, there is also no outrage over the brutal gangrape and murder of a 30-year-old Dalit hawker in Lingapur mandal of Komaram Bheem, Asifabad district of Telangana. The family members of the victim alleged that no one from the government or the police even paid any heed to their grievances. The Dalit victim’s case is pushed to the oblivion by the Telangana Police as it won’t help them earn brownies from the ruling classes.

A tribal law student, who was abducted at gunpoint by 12 tribal men, was gang-raped at a brick kiln in Ranchi, Jharkhand. This news didn’t create massive discontent in the poll-bound state where the BJP is in power since 2014. The Raghubar Das-led BJP government claimed it has done significant improvement in the law and order situation in Jharkhand, yet the gang-rape of the tribal student in Ranchi didn’t create the outrage as was visible in the case of the Hyderabad veterinary surgeon. There has been a total silence over the case, which exposes the hypocrisy of the politicians and the middle class.

Jaya Bachchan, the outspoken Samajwadi Party MP, didn’t call for the death of the accused in the Unnao and Asifabad cases as well. The Bahujan Samaj Party supremo Mayawati, who hailed the Hyderabad encounter, didn’t join the Unnao rape victim’s family members and villagers in their struggle against the government, she also didn’t spare a thought on Laxmi’s brutal murder and issue of sexual violence against Dalit women. Though the Congress is trying to build up momentum in BJP-ruled Uttar Pradesh, it didn’t try to build up any movement demanding justice for the gang-rape and murder of the Dalit hawker in Telangana or for the gangrape victim of Ranchi.

Moreover, there are many MPs and MLAs, especially in the BJP, who are accused of sexual violence and rape. One rape accused godman Nithyananda conveniently fled India and probably set up his own country somewhere in South America, two more godmen — Asharam Bapu and Ram Rahim — are convicted of raping and are lodged in jail; another godman, Chinmayananda associated with the BJP is also accused in a rape case but the Uttar Pradesh Police decided to arrest the victim instead. The police, armed forces and paramilitary forces are accused of sexual violence in Chhattisgarh, Kashmir, Jharkhand, Odisha and Manipur, none of the men faces any threat of law but they enjoy obeisance of the mainstream political parties and the hyper-masculine middle class, which keeps them out of the radius of anti-rape rhetoric.

It’s a reason that when a 15-year-old girl was gang-raped in Uttar Pradesh’s Mirzapur by four men, including a CRPF soldier, the news went unheard, even when it took place on 4 December 2019. There was no outrage on Ankit Garg, a notorious police officer, raping and torturing Soni Sori, a tribal activist, in Bastar, Chhattisgarh. Garg and his men inserted pebbles inside the vagina of Sori to torture her. Garg was accoladed gallantry award by the government. The same people who asked for the blood of the Hyderabad gangrape and murder applauded Garg for the accolade.

While the Indian middle class shows selective outrage over rapes, one must remember that those who vocally advocate for capital punishment for rapists or support police killing accused in its custody are those who don’t hesitate to issue rape threats to women who question them. When the Hyderabad encounter news was publicised, it was the serial innuendo-mongers and rape-threat issuers on social media who took the lead in praising the police and called the step outstanding. Even the lawyers of Kathua, Jammu, who supported the culprits who gang-raped and murdered an eight-year-old girl in a temple, and didn’t allow filing charge-sheet in the court, supported the encounter of the accused, against whom the police even didn’t produce an iota of evidence, forget filing a charge-sheet.

All these incidents, especially the Unnao rape victim — whose name people are searching on the internet to know about her caste and identity — show that the Indian conscience will only get invigorated when the victim’s class-caste identity will appeal the middle class and elites. Unless the class-caste identity of the victim vis-a-vis the perpetrators instigates the middle class, no case of rape or sexual violence will get amplification in India. Even the press won’t cover it, the government won’t be bothered and no party will raise the issue. Ironically, the utmost patriarchal, misogynist and rape threat-mongers turn highly concerned about women rights when the class-caste equation causes trouble to them.

The Unnao rape victim is dead, so is the conscience of India, its dysfunctional democracy and its toady press. In a few months, people will forget the Unnao rape victim, like they have forgotten the case of Sengar, Chinmayananda, Nithyananda, etc. The Dalit hawker of Telangana and the tribal student of Ranchi will also wither away from the collective memory of the nation, which will cherish the police killing those it condemned. There will be jubilation for the Telangana Police but none will anymore talk about rape victims, their plight and the necessity to arouse the society to smash Brahminical patriarchy and combat the rape menace.