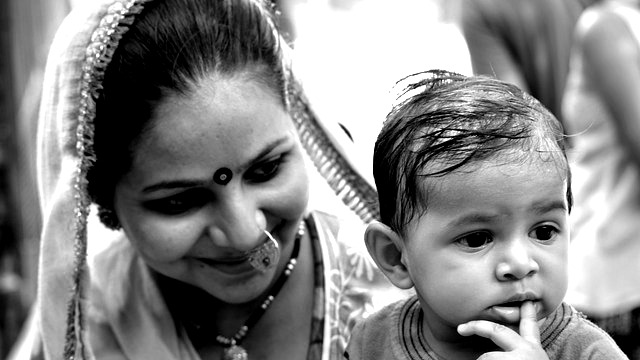 Being a single working mother means living a 20-20 cricket match; one moment of lost concentration and you can be clean-bowled. And in the time of a pandemic, this ‘invisible class’ to the callous society and gender insensitive government is more vulnerable from getting infected to starvation. How are these disowned people surviving? Asking this question is itself a joke to some and an audacity to others. India has 13m homes that are run by single mothers. Yet the policymakers are oblivious about their struggles and so no major protective net is available for single working mothers. With the COVID-19-induced crisis, their situation has become grim. Economic crisis, mental stress and social isolation are taking a toll on their lives.

A large number of single mothers work as domestic helps who are worst-hit in the unplanned lockdown. They neither have jobs nor have money. With the “unlock 1.0” they have begun to return back to their workplaces. But where are they leaving their children? Earlier they used to leave their children with their neighbours or leave them in schools or their children were left alone to manage themselves. But in changed circumstances, these children are going to be more vulnerable to infection with no one to look after them.

As workers of the unorganised sector, these working single mothers don’t have job security and neither have a well societal back up to support them. They can’t afford to take leave as they are the sole bread earners and they don’t have leaves. They have to go to work but where are they leaving their children? No one is there to give an answer. Is the system aware of their existence at all?

The single working mothers who are working as frontline workers are facing an existential crisis. Apart from clanging utensils or using the hyperbolical language of euphemism, this clan is nowhere in the COVID-19 management programme of the Indian government. Where are they leaving their children? How are they managing their daily supplies of essential needs? They are suffering in many ways. They are being ostracised by the society for bringing germs in their premises, they are managing the stress of working as a frontline warrior and they are mothers and dedicated to their children. What is the government doing for relieving the stress of these single working mothers and what the government is doing for the safety of their children? The answers are obvious, but measures are not in near sight.

The single working mothers employed in the private sector are doing their job with many swords hanging on their neck. The imminent threatening sword is the fear of job loss. Women are more susceptible to job loss due to their nature of jobs, male chauvinistic decision-making boards and women may take more time to join offices as they have to make sure whether they can leave their children safely. Throughout the world, more women are losing jobs than their male counterparts.

The hardest-hit industries of the economic slowdown due to COVID-19 are hospitality, travel, education, retail and leisure, etc. In these industries, a large proportion of women work and many of them work in contractual or part-time positions and it makes them vulnerable to job loss. Globally, India holds the second position in time spent by women in unpaid care work in comparison to male. The women who are staying with their partners can survive somehow. But what will the single working mothers do?

The single working mothers who are in the government or government-aided sectors are relatively in a little better condition as they are relatively less worried about losing their jobs. But as workplaces open up and crèche or childcare centres remain closed, they are also in a difficult situation to leave their children in safe hands. Mostly these single working mothers leave their children to domestic helps, if they have one, but due to the lack of transport facilities, the domestic helps aren’t able to come to work in many cities.

In small cities, semi-urban and rural areas, single working mothers are on the verge of extreme stress as well as poverty. Very often their own families disown them to avoid social stigmatisation, especially in case of a divorcee or a single mother by choice. During the time of the pandemic, it is utterly exhausting for a single working mother to do everything alone, from her job to taking care of her children.

A gender sensitive welfare state can be the only healing mechanism for this ‘invisible class.’ But the nature of Indian government cutting across all the parties have always been gender insensitive and patriarchal. Availability of childcare centres or crèche, job security for organised and unorganized sector women workers, holistic approach to the well-being of these single mothers can be a long-term solution in the time of pandemics. But it is too much to hope from a system that has never looked at these women.

The Rajiv Gandhi National Crèche Scheme ran 23,000 crèches for the poor in India till 2015. But under Prime Minister Narendra Modi’s regime, the number of crèches drastically fell to 7,000 plus crèches. Till the end of 2016, the cost of running crèches under this scheme was borne in a 90:10 ratio (90% by the central government and 10% by the NGOs). But from 2017 onwards, the centre began to bear only 60% of the cost and asked the states to bear 40% of the total cost (except in the North East, the Himalayan states and union territories).

This sums up the callousness of a regime towards the working women as well as the single working mothers who could have been in a better position if a large number of crèches would have been available to keep their children while they go to work. When the number of working women is increasing this decreased number of crèches is highly demotivating. Now only 7,316 crèches are functioning in India. The centre runs the National Crèche Scheme, which is the continuation of the earliest Rajiv Gandhi National Crèche Scheme under a new name. The name changes but the situation doesn’t.

We need a discussion about single working mothers and put them in the scheme of thoughts. It is not about the mothers it is also about the children who are the future of society. In the absence of their mother, we need to give them safe hands to care for them. If not, these children will be more vulnerable to infection as well as to sexual abuse, mental stress, insecurity, violence and addiction. The government both central and state should give immediate importance to the issue by providing them support and ensuring job security for them. Will the government listen to the plea of these single working mothers?