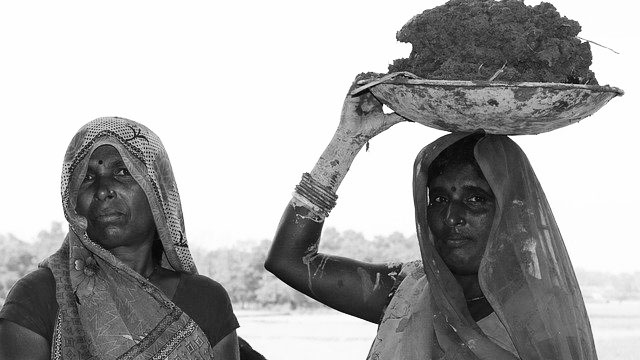 “Where the mind is without fear and the head is held high”, poet Rabindranath Tagore wrote more than a century ago. For women of India, such a fearless zone is a utopia even today. While they suffer, like most women in the global south, due to patriarchal oppression, the capitalists of the west and their lackeys worldwide have geared up to celebrate International Women’s Day on March 8th 2022, with the theme – ‘break the bias’.

After the western capitalists hijacked the International Working Women’s Day—celebrated in the socialist countries—in 1975 and turned it into “International Women’s Day”, delinking it with the working-class women’s glorious struggles for equal rights since the beginning of the 20th century, the occasion has become a rallying point for neo-liberal, pro-capitalist “feminism” to market its jaundiced politics in the name of women’s emancipation.

The ‘break the bias’ theme for International Women’s Day 2022 focuses on creating a gender-equal world that’s “free of bias, stereotypes, and discrimination”. The capitalists have not provided any roadmap to realise the goal of such a gender-equal world within the present framework. It resembles the utopia in Tagore’s verses cited above.

How has India been faring in the gender pay gap?

The gender pay gap is an inalienable part of inherently patriarchal global monopoly-finance capital. The Indian comprador capitalism is a flagbearer of Brahminical patriarchy that strongly subjugates women and denies them equal rights. The gender pay gap is normalised in the semi-feudal Indian society, where caste-gender hegemony has been highly pronounced.

With 650m women, India ranks 140 among 156 countries listed by the Global Gender Gap Report 2021. Among the South Asian countries, Bangladesh has closed 71.9% of its gender gap so far, but India could only close 62.5% of its gender gap and is the region’s third-worst performer.

After the first year of the COVID-19 pandemic, India’s gender gap widened by 4.3 percentage points. This happened when millions lost their jobs and were forced to walk hundreds of miles to reach their homes.

According to the report, India ranks 151 among 156 countries regarding economic participation and opportunities for women. The report said: “India and Pakistan have only closed 31.6% and 32.6% of its Economic Participation and Opportunity gap while Bangladesh has closed 41.8%. Notably, economic gaps in these two countries are even wider than they were one year ago. India’s score declined by 3 percentage points and Bangladesh’s by 2 percentage points.”

Only 22.3% of Indian women participate in the labour market, creating a huge labour gender gap. Most women give unpaid labour, including domestic labour to the family. Women in India hold only 29.2% of technical roles. Only 14.6% of women are there in the top positions of India. This has widened the gender pay gap in India.

In terms of the gender pay gap, while Iceland has closed 86% gender pay gap, followed by Rwanda (fifth position with 80.9% closure) and Finland (ninth position with 79.7% closure), countries like Ethiopia, India, El Salvador, Bolivia and Lesotho have closed only 46% to 49% of the gender pay gap. The average income of an Indian woman is below 20.7% of the average income of a man. In neighbouring Bhutan and Nepal, a woman’s income is 58% and 74% lower than a man’s income, respectively.

Despite such lacunae, the human resource departments of large corporate entities will celebrate International Women’s Day using the ‘break the bias’ theme, even though they religiously follow the policy of gender pay gap and discrimination towards women. Without providing the women “equal pay for equal work”—or even a holiday on International Women’s Day, unlike the socialist states—these corporates indulge in hollow talks to instil a sense of false “empowerment” in the minds of the women workers.

At the end of the day, in return for a ‘free lunch’—another utopia—and social programmes, the corporates obfuscate the optics of gender oppression and enslavement that women are subject to and treat them as enslaved people.

Women’s empowerment can only come when they fight against the capitalist structure for equal rights. They can only fight against the system if they are educated about their rights. However, most women, especially those from marginalised communities, can’t afford education in India.

Even after 75 years of attaining independence, India has a female literacy rate of 65.8%, which is slightly better than its neighbouring states. Though women’s participation in higher education has gone up between the financial years (FY) 2015-16 and 2019-20, the overall situation has not improved.

Violence against women in India

The corporates who will celebrate International Women’s Day 2022 at their offices and highlight the ‘break the bias’ theme won’t reveal an uncomfortable fact – being a woman in India is about living under constant threat.

According to the government’s crime data, 371,503 cases of crime against women were registered in 2020, despite Modi’s stringent lockdown and pandemic-related disruptions. This means 1,017 crimes against women each day, ie, 42 crimes per hour!

The majority of crimes against women (30%) under the Indian Penal Code, were registered under ‘Cruelty by Husband or His Relatives’. ‘Assault on Women with Intent to Outrage her Modesty’ (23%) was the second on the list. Around 7.5% of cases of crime against women were rape charges.

Rather than breaking the bias at home and work, Indian women struggle to safeguard themselves from assaults. The ineffective law against sexual harassment of women at their workplaces is poorly implemented, and according to 2021 findings, it has poor data collection.

Women in the power structure

The gender gap is quite pronounced in the power structure of India. According to the Global Gender Gap Report 2021, under Modi’s rule, the share of women among ministers decreased from 23.1% to 9.1%.

Chief Justice of India NV Ramana rued the low representation of women in the judiciary. Around 30% of lower court judges are women. The share of women judges in the high courts is merely 11.5%, while there are four women judges out of 33 in the Supreme Court.

The women reservation bill, which demands a meagre 33% reservation for women in the legislature, has been sent to oblivion. Under Modi’s Hindutva fascism-incensed patriarchal rule, there is no scope for increasing women’s share in the power structure.

India’s gender gap rings an eerie alarm for all stakeholders; however, there is none to pay attention to the problem because, seen from a patriarchal lens, women’s underrepresentation, gender discrimination, etc, aren’t problematic.

Without resolving the fundamental issues affecting women in Indian society, without ending the Brahminical-feudal hegemony socio-economically and politically, there can be no real emancipation for the women. However, very few organisations have been consistently fighting for the cause in India.

Capitalism has used its control over media to obfuscate the grotesque gender gap and oppression optics. Together with their servile government, the corporates have been spinning the narrative of ‘women empowerment’ through interventions they deem suitable. However, as the Brahminical-feudal patriarchy thrives at the grassroots, no such toppings benefitted the majority of women.

The corporates and the government use the cacophony of women’s empowerment to hide their failures in resolving gender gaps. While most Indian women continue to suffer gender bias, the celebration of International Women’s Day using the ‘break the bias’ theme, without an iota of efforts to resolve their issues, mocks their agonies and sufferings. The Indian women continue their quest for the place where their minds can be without fear and their heads can be held high.