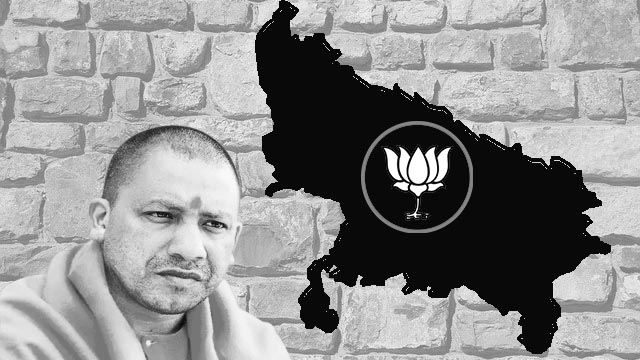 Easy analogies are often drawn by reaching faulty conclusions over ephemeral reactive politics. Like many considered the boisterous protest movements against the BJP and Prime Minister Narendra Modi over the contentious Citizenship (Amendment) Act, 2019 (CAA 2019), or the migrant workers’ painful return to their villages during the COVID-19 lockdown, or the recent farmers’ movement against the Agriculture Bills, etc, as signs of the BJP’s waning power and influence. A section of the foreign press, especially the American mainstream press, notorious for supporting the US imperialist agenda globally, are also constantly criticising Modi’s rule and the BJP’s divisive policies. The liberal democrats, the Ambedkarites and parliamentary left are often tantalised by such criticisms and consider them as signs of doom for Modi and the BJP.

Much to their dismay, Modi and the BJP continue to aggrandise as the opposition is incessantly pushed to the margin due to political bankruptcy, and only one narrative remains invincible in the Indian political arena, that’s the one set by the BJP and Modi. What makes the outrage over Hathras gangrape and murder, the farmers’ bill, the CAA 2019, etc, ineffective in bringing down the BJP? Why can’t they act as catalysts against the BJP and hasten its doom? The simple reason they can’t is that the Hindutva fascist domination isn’t rooted in electoral equations, but deeply-entrenched bigotry and jingoism that have percolated down to the grassroots. Thus, one would see no massive protest movements shaping against the Modi regime or the BJP even after the fuel prices are skyrocketing, food inflation is spiralling, and unemployment is at a record high.

If Dalit outrage could bring an end to the BJP’s hegemony, then the party wouldn’t have swept the 2017 Uttar Pradesh Assembly election, as the gory atrocities against the Dalits in Gujarat, which took place in 2016, apart from the suicide of Rohith Vemula in University of Hyderabad, were fresh in the minds of the Dalits who went to vote. The typical semi-feudal production relations and its by-product class-caste equation in Uttar Pradesh and other parts of the Indian Union won’t allow the Dalits to peacefully defeat BJP’s Hindutva fascism. Rather, the Dalits will, under unchanged circumstances, act as flagbearers of Brahminical hegemony.

The Dalits are economically dependent on the upper-caste feudal classes, like the Thakurs, whose members are accused in the Hathras gangrape and murder. They can’t survive without showing servility towards the upper-caste feudal classes or without obeying their political and social diktats. Thus, for the sake of their survival, except in a few places, the Dalits will work as the pawns of the Hindutva fascist camp. Thus, during all forms of communal violence against the Muslims, the Dalits will be found at the forefront of the battlefield. This issue isn’t considered by the vociferous Ambedkarites who live in the constitutionalist euphoria.

Thus, despite all hardships, all forms of atrocities, within the present socio-economic equation, such movements, where only a handful of the Dalits and oppressed classes are participating, can’t act as real catalysts of change. The juggernaut of Hindutva fascism can’t be forestalled from reaching its goal and caste oppression can’t be stopped with mere electoral battles between different sections of the Brahminical castes and feudal classes. Rather, the real tectonic change can only come if there is a vision of uprooting the very semi-feudal production relations that beget caste oppression and Hindutva fascism.

The BJP will continue to captivate the gullible and powerless Dalits. But a concentrated struggle to uproot feudal hegemony in the rural areas, with a goal of not only land reforms but the establishment of an alternative political-economic hegemony of the oppressed people can thwart the Hindutva fascist camp’s obnoxious agenda and reverse its gains. No parliamentary party will dare to do this, as their fate is intertwined with feudalism and comprador capitalism. They won’t hurt feudalism. It’s only the progressive democratic forces representing the oppressed masses that can lead to such radical changes.