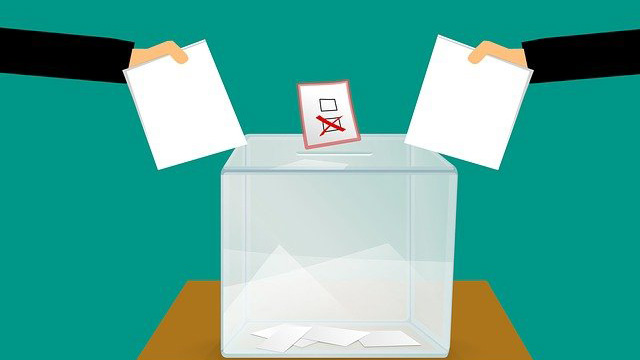 The Bharatiya Janata Party (BJP)-led Central Government has announced that it’s going to bring key amendments to reform India’s electoral process, based on the Election Commission of India’s (ECI) recommendations. A host of measures are proposed in a bill that the Union Cabinet has, apparently, recently cleared. Though these proposed electoral reforms appear banal, they indicate that Prime Minister Narendra Modi’s government is going ahead with its bid to disenfranchise millions of poor Indians and strip them of their voting rights using the National Register of Indian Citizens (NRIC or NRC) exercise.

One of the principal proposed electoral reforms is the linking of the electoral card or voter’s ID with the biometric-based Aadhaar. Though the Supreme Court’s right to privacy verdict and the Aadhaar verdict has only made Aadhaar linking with an individual’s Permanent Account Number (PAN) mandatory, the government is trying to bypass the judgement by pushing the electoral card’s linking with Aadhaar using the ‘voluntary’ tag.

It’s known to many that irrespective of the Supreme Court’s judgement, Aadhaar is unofficially made mandatory for new mobile phone connections, enrolment in educational institutions, medical treatment, cooking gas connection, birth and death registration, and bank account opening, even though a person may not be a beneficiary of any subsidy scheme. Now, each of these takes place under the ‘voluntary’ category, placing the onus on the individual rather than the institution.

In such a situation, if the proposed electoral reforms give a nod to linking Aadhaar with voter ID, then it will be imposed on the people and they will be forced to link these two, although unofficially. This will be an open flouting of the Supreme Court’s orders on the issue.

Earlier, in 2015, the ECI rolled out a National Electoral Law Purification and Authentication Programme, which planned to link Aadhaar with the voter ID. However, in view of the Supreme Court’s judgement, the exercise was halted. Now, as the Modi regime is planning to circumvent the Supreme Court’s judgement through the proposed electoral reforms, it seems like this project will be revived using a new nomenclature.

The Aadhaar is the world’s largest biometric-based identification programme by a state. It’s also accused of being the largest state surveillance programme on earth. Originally, Aadhaar was conceived as the mechanism to address the complex issue of preparing a National Population Register (NPR), which will contain the name, address, demographic and other personal data of all individuals living in India.

Under the aegis of former prime minister Atal Bihari Vajpayee, the BJP-led National Democratic Alliance (NDA) government passed the Citizenship (Amendment) Act, 2003 (CAA 2003), which amended the principal Citizenship Act, 1955, and added to it the definition of an “illegal migrant”.

The CAA 2003 mandated the compilation of the NRC to weed out those who have no documents, which may include documents dating beyond July 19th 1948 as per Article 6(B) of the Indian Constitution, to prove their Indian citizenship.

Such people will fall under the “illegal migrant” category and will not only be disenfranchised and punished with detention, but these people and their offspring will lose the chance to apply for Indian citizenship forever. The NPR exercise, which is carried out through the Aadhaar, is the first step towards the compilation of the NRC, as per the Citizenship Rules, 2003.

As the CAA 2003 is in force and, therefore, any party at the helm of the Central Government (the Union) is bound to implement the NRC, it’s quite a “legal” act by the Modi regime to roll out the exercise by updating the NPR using Aadhaar. The Aadhaar data’s seeding with the voter data will help the Union to digitally prepare a family tree and verify it with the 1951-52 voters’ list, which excluded millions of people due to improper surveying.

As the proposed electoral reforms are emphasising on linking Aadhaar with the voter’s ID, it appears as a measure to prepare and validate the NPR before publishing the NRC. As the voter ID, PAN or other documents are not considered valid proofs of Indian citizenship, the people will have to use either their birth certificates, if they were born between January 26th 1950 and June 30th 1987, though the registration of birth and date started after 1969, or legacy documents dating beyond July 19th 1948.

Unsurprisingly, after it was postponed in April 2020, the Census 2021, which will also validate the NPR, has been planned digitally. Under this project, for which the Union government has allocated over Rs 37 bn in the financial year (FY) 2021-22, there will be an option for the residents to either visit a website or a mobile app, which the government will be launching soon, and enumerate themselves by filling their details. A unique ID, linked to their Aadhaar and mobile number will be generated, which will be sent to them through SMS.

When enumerators—who won’t carry paper and pen but smartphones and tablets— visit those who have done self-enumeration, the ID will help to fetch and validate the details. Those who won’t do self-enumeration must provide their details to the enumerators, and such details shall be mapped with the NPR. As the Aadhaar-driven NPR will be updated by field validation, followed by a “voluntary” linking of Aadhaar and voter ID, then creating a family tree in the backend using the data linked with the elector’s ID will be easy. This will pave the way to the preparation of the NRC using the electoral roll of 1951, which will leave millions vulnerable to losing their citizenship rights in India.

Why the preparation of the NRC based on the 1951 electoral roll is problematic?

Firstly, the NRC itself is problematic as it denies the right to unconditional citizenship by birth to millions of Indians using legal provisions added by the CAA 2003 to the Citizenship Act, 1955. The NRC is an exercise to deprive people of their citizenship rights rather than preparing a real register of all Indian citizens.

Secondly, during the 1951 electoral roll preparation, the first of its kind in post-colonial India, nearly 2.8m names were dropped. They were women who, according to social customs, refused to give their names to strangers, ie, the surveyors.

Millions of non-Muslim refugees, mostly Dalits, arrived in India from present-day Bangladesh—then East Pakistan—during and after the 1965 and 1971 wars with Pakistan. They managed to get their voter registration several years later. In the case of NPR, their data can’t be linked with the 1951 voter list. This will render them prone to disenfranchisement.

According to a 2011 study, nearly 50m people—40% of these people are tribal masses—have been evicted in India in 50 years. If their details are updated in the NPR, most of them can’t be connected to their ancestors enrolled in the 1951 voter roll. These people will also bear the brunt of disenfranchisement through the NRC exercise.

Unless there are massive struggles against the proposed electoral reforms and the NPR exercise, there can be no salvation for the poor and the marginalised. The NRC menace will engulf them and render them stateless. However, the Opposition, which only limited itself to criticise the NPR-NRC, while cooperating with the Modi regime in its implementation, remained nonchalant on the issue.

Since the Modi regime passed the contentious Citizenship (Amendment) Act, 2019 (CAA 2019), which is wrongly perceived as an anti-Muslim law, when it’s actually a law against the Hindus, especially the ostracised Dalits, the Opposition has focused only on this law, though it’s not disenfranchising the people.

If there is no coordinated people’s movement, inside and outside the Parliament, to stall the proposed electoral reforms, there can be no respite from the NRC-led disenfranchisement for millions. As the Opposition remains mum on the measures, it’s the people who themselves have to take the lead of such a movement. It’s time for the citizenship rights activists to retrospect the earlier mistakes, learn from the farmers’ movement against Modi’s contentious farm laws and carry forward the struggle for unconditional citizenship for all to force the Modi regime to repeal the CAA 2003 and all other amendments to the Indian citizenship law.